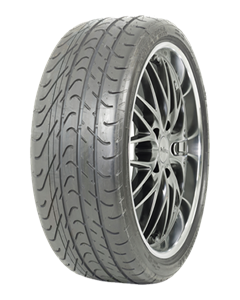 P ZERO™ CORSA SYSTEM is the most sporting tyre in the road car range and was developed by Pirelli together with supercar manufacturers for both road and track use, on models directly derived from their motorsport counterparts.

The specialised structure of this tyre gives it optimal stability at high speed and while cornering.
The directional tread pattern (for the front) incorporates longitudinal grooves that expel water from the contact patch, benefitting steering precision.
The asymmetric design (for the rear) improves the handling, thanks to an ample contact patch and increased rigidity.